Why pray with Mary 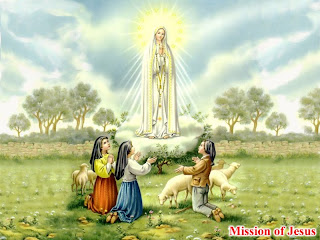 Mary - Mother of God
Mary – Mother of God – What a wonderful title for such a humble person – the humble handmade of the Lord. Certain groups of people cannot accept it as they put forward many reasons. They say that Mary did not carry God in her womb, but only carried Christ’s human nature. A woman does not give birth of human nature alone but she gives birth to a whole person. Mary thus gave birth to the person of Jesus Christ and the person she gave birth to was God. Since Mary is Jesus ‘s mother, it must be concluded that she is the Mother God for Jesus Christ in God in the flesh (2 Jn 7) Even Protestant Reformers recognized Mary’s divine maternity. Although Mary is the mother of God, she is not his mother in the sense that she is older than God or the source of her son’s divinity.
Recently Christians have been unanimous in proclaiming Mary as Mother of God. The Church fathers of course agreed and the following passages witness in their lively recognition of the sacred truth and great gift of divine maternity that was betoved upon Mary – the humble handmade of the Lord.

Irenaeus
“The Virgin Mary, being obedient to his word, received from an angel the glad tidings that she would bear God” (Against Heresies, 5:19:1 [A.D. 189])

Peter of Alexandira
“They came to the church of the most blessed Mother of God, and ever-virgin Mary, which, as we began to say, he had constructed in the western quarter, in a suburb, for a cemetery of the martyrs” (The Genuine Acts of Peter of Alexandia [A.D. 305])

“We acknowledge the resurrection of the dead, of which Jesus Christ our Lord became the firstling; he bore a body not in appearance but in truth derived from Mary the Mother of God” (Letter to all non-Egyptian Bishops 12 [A.D. 324])

Ambrose of Milan
“The first thing which kindles ardor in learning is the greatness of the teacher. What is greater than the Mother of God? What more glorious than she whom Glory itself chose?” (The Virgins 2:2[7] [A.D. 377])
Let us reflect on the life of Mother Mary

Let us reflect on the life of Mother Mary who lived her life doing God's Will - she is the best example for us to truly be a disciple of Jesus. When God wanted to save the world, it was to Mother Mary that God turned to because as soon as man and woman sinned in Paradise and Paradise was lost.

God spoke to Mother Mary and she accepted God's Word. The Word revealed to her that she was to conceive and bear a son. She did not understand much. How could a village girl

from Nazareth understand the great wisdom of the mind of God? And she said it in so many words, "How can this be? How can I bear a son?" and the Angel said two things. Firstly, the Angel said this was God's plan for the salvation of humankind. Secondly, the Plan of God would be done in the Power of the Holy Spirit. That was enough for Mother Mary! She said if this was God's Plan and the plan was done through the anointing of the Holy Spirit, "Here, I am, the handmaid of the Lord. Let it be done to me according to Thy Word."(Luke 1:38) It was at that moment that salvation began!
The Church has promulgated TWO beautiful dogmas of Mother Mary - the dogma of "Immaculate Conception" and the "Assumption into Heaven" - that Mother Mary was conceived without sin. Because of the merits of the redemption of Jesus, her Son, she was preserved from all sins even from the first moment of her conception. At the end of her sojourn on earth, she was taken up to heaven, body and soul. She was not corrupted in the mud of the earth. In fact, it is sin that corrupts. In Mother Mary, there is no sin at all! There is nothing corrupted in her body and mind. She was a woman full of grace - that is the way the Angel addressed her, "Hail Mary, full of grace!" (Luke1:28) At no time in her existence, was she under the slavery of satan. At no time in her life, has she ever consented to sin. So she was full of grace - her body and mind was filled with grace. As the poet, Woodsworth said, "A solitary boast of a tainted nature". Human nature was tainted by sin but Mother Mary was not - she was taken up to heaven, This is our Mother - a Star of discipleship!

"The Lord Is With You And Has Greatly Blessed You" (Luke 1:28) Why do we call Mother Mary the Star of Discipleship? Firstly, Mother Mary is the one who teaches us how to be disciples. Let us see what Jesus Himself said about His Mother - an event recorded in all the three Gospels: Matthew, Mark and Luke. In Luke 8:19-21, "Then his mother and his brethren came to Him but they could not reach him for the crowd. And He was told, â€˜Your Mother and brethren are standing outside desiring to see You', but he said to them, â€˜My Mother and brethren are those who hear the Word of God and do it.'"

Mother Mary shows us the way in our moments of sufferings - to become like Her beneath the Cross, co-saviours of Jesus, completing what is lacking in the suffering of Jesus through our sufferings. Thus she became â€˜Blessed' and that is what Elizabeth told her, "Blessed are you because you believe!"(Luke 1:45) This word "Blessed woman" is to be taken in the background of what happened to Eve, the first mother. She was a cursed woman. She brought a curse to the whole of humankind because she disobeyed God's Word. And now here stands a Mother - a Mother that making our lives blessed by obeying God's Word totally.

This is our Mother - a Mother who teaches us how to be a disciple; how to hear God's Word; how to obey God's Word; how to wait upon God for the anointing of the Holy Spirit and how to accept our sufferings and become co-saviours with Jesus, our Saviour.


Related Links on Mother Mary
Why pray the Rosary with Mary
http://christtotheworld.blogspot.com/2009/08/lets-pray-with-mary-rosary.html

I thank you and i praise for your infinite majesty and perfections.

Lord you have given me everything that I have,everything that I am. I thank you.There is no way to repay you,yet thanking you I find myself always receiving more and more from you.Because we barely understand so little about you.Thank you lord.
Martin

"Each one of you must turn away from your sins and be baptized in the name of Jesus Christ, so that your sins shall be forgiven; and you shall receive God's gift, the Holy Spirit" (Acts 2: 37-38).