Witnessing for Christ in Our Lives - Personal encounters with Jesus Christ

“The testimony is this: God has given us eternal life, and this life has its source in his Son.” (I John 5:11)
We present some of the testimonies in Christ to the world prayer meetings, with the consent of non-christian faithfuls who have had personal encounters with Jesus Christ and have converted into the catholic faith. 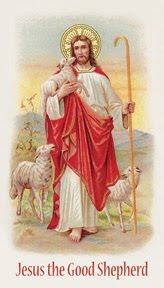 PARALYZED-AND HEALED BY THE LORD 2004

Ambulance took me to the Concord Hospital, and I was admitted. The neuro surgeon Doctor, Ianicus diagnosed a serious nerve damage, that needed a risky operation. The operation was set for Monday morning.
We are Hindus, on Sunday night Br Terry Fernando and some members of the Christ to the world Prayer Group arrived at the hospital and asked me if I believed that Jesus could heal me.
He brought with him the Holy Eucharist, and explained that Jesus is in the Holy Eucharist, and a touch of Jesus was all that was required with my belief.
Jesus touched me, I cried and I believed.
The next morning when the nurses came to prepare me for the operation I was walking. Doctors could not believe. Three days later I was discharged.
My family and I, became Catholics. We believe in a God who is alive and keeps to His promises.
(Keshani Radhakrishnan, Eastwood, N.S.W, Australia) 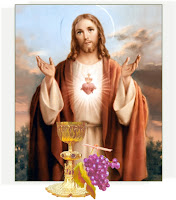 Our young nephew Mohan a Hindu, an overseas student had cardiac arrest while driving a car, and went into a coma and was hospitalized at the Hornsby Coronary Care unit, Hornsby Hospital.
He was in a coma and some friends advised us to attend a Christ to the world Prayer Meeting in Hornsby that same evening.

We are Hindus but now we believe in the Christian God.
Br Terry gave us an assurance that God died for all mankind including Buddhists, Hindus and Muslims.
If we believe there will be a miracle. We left at 8.30 with the assurance that Mohan will be out of his coma when we visit him tonight.
Sure enough we visited Mohan and found him sitting on his bed out of his coma. We praise the living God - Jesus Christ who saved our Mohan.
(Babani, Eastwood, N.S.W, Australia) 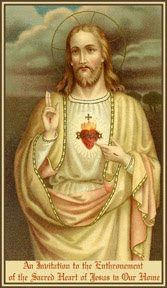 MY TWO KIDS HEALED - OF ECZEMA
We are Hindus.

My twins had incurable eczema, doctors could not cure. We kept moving from house to house, avoiding dust problems.
My twins both 3 years old, scratched their hands and legs, until they bled. Our doctor contacted Br Terry, and he told us that he will visit late about 9pm.
My wife and I fasted the whole day, no water and no food. We believed, Lord Jesus was coming with Br Terry, and sister Marie.
It was around 11pm that night, when they arrived. Br Terry Fernando assured me that Jesus will touch my children, and they will be healed.
He explained what the Holy Eucharist is all about. We believed that Jesus touched our kids, and they were healed. Thank you Jesus. You are indeed our saviour and living God!

(Raju - Pendle Hill, N.S.W, Australia)
Asking the Lord for every single thing brings us into constant communication with him. The Lord will be delighted. So will we be.
Let us remember that we can ask for more than concrete gifts. We are also urged to ask for guidance from the Lord. Many times we are quite willing to give our own effort to creating beautiful events or positive qualities in our lives, but we do not know how to do it. Sometimes we are already serving the Lord and others, but we need insight and direction to do it well.
The first step in revitalizing our relationship with Jesus is to ask him for it. We tell the Lord that we want a revitalized relationship with him. Then we follow up by asking for everything else we need. Everything.
"Whoever believes in me will perform the same works as I do myself, and will perform even greater works, because I am going to the Father" (John 14:12)
For more documented testimones
please click here. Jesus is working powerfully and continues to work miracles. More to come....