"A certain man," says Ven. Bede, "fell sick and died in the beginning of the night. Next morning, early, he suddenly came to life again, and sat up. He told the people what he had seen.
'I was led,' he said, 'into a dark place. When I came into it, the darkness grew so thick that I could see nothing but the form of him who led me. I saw a great many balls of black fire rising up out of a deep pit and falling back again. I saw that there were souls shut up in these balls of fire.
The smell which came out of the pit was unbearable. He who led me into this place went away. So I stood there in great fright, not knowing what to do. All at once I heard behind me voices crying and lamenting most fearfully.
I heard other voices mocking and laughing. These voices came nearer and nearer to me, and grew louder and louder. Then I saw that those who were laughing and rejoicing were devils. These devils were dragging along with them souls of men which were howling and lamenting. Amongst them I saw a man and a woman. The devils dragged these souls down into the pit, I could not hear their voices so well.
After a while, some of these dark spirits came up again from the flaming pit. They ran forward and came round me. I was terribly frightened by their flaming eyes, and the stinking fire which came out of their mouths and nostrils. They seemed as if they would lay hold of me with burning tongs, which they held in their hands. I looked around me for help. Just then I saw something like a star shining in the darkness.
The light came from him who had brought me into this place. When he came near, the devils went away.
Then he said: 'That fiery, stinking pit which you saw is the mouth of hell, and whosoever goes into it shall never come out again. Go back to your body and live among men again. Examine your actions well, and speak and behave so that you may be with the blessed in heaven.' When he had said this, on a sudden, I found myself alive again amongst men."

Faith in Jesus heals Cancer in a Hindu girl - Nakshtra


Testimony as given by Nakshtra's parents - Jain Mandir, Thane, India
"Background
We were Hindus. But the signs and miracles in our life made us reach the Lord Jesus.
4 year old Nakshatra with cancer
We have a 4 year-old daughter called Nakshatra. She used to get high fever very frequently soon after 6 months of her birth. Six months ago a lump was noticed on her abdomen. Tests run on her showed that she had neuroblastoma a kind of cancer of the nervous tissues. Her kidney was affected by this.
Cancer spreads to different organs
We consulted a number of doctors about this problem and everyone of them advised immediate surgery. So surgery was done and one of her kidneys was removed. It was only after the surgery that the doctors came to know that her neuroblastoma had spread to other parts of her body. Tests revealed that cancer had spread to different organs and even into her bones.
The doctor said chemotherapy would be futile and there was only 20% hope of her survival. He wanted us to tell him how he should proceed in the situation. We were in a big dilemma.
Our prayer to Jesus is answered
We prayed to Jesus and we were given an insight that we should ask the doctor to proceed with the chemotherapy. We also prayed with the Holy Mother seeking her intercession. As a result of all our prayers, after a cycle of three chemotherapy sessions, our daughter was completely healed.
Some other children who had the same disease continued to have it even after the chemotherapy. We strongly believe that our daughter was healed solely because of our faith in Jesus and our earnest prayers."
Dear Reader,
We invite you to turn to the WORD of GOD in any situation of your life.
http://catholicprayerstotheworld.blogspot.com/2010/01/we-invite-you-to-turn-to-word-of-god-in.html
No comments: 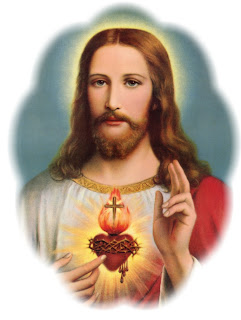 Come and experience the Lord and grow in Him.

Our Lady of the Rosary Church
18 Vine Street, Fairfield NSW 2165

Tea & Coffee will be provided


Please note that the Retreat starts on the Saturday at 10.00am. The Retreat includes Praise and Worship, Scripture message, Eucharistic celebration and Healing Prayers. Please bring your Bible and note pad.

The Divine Retreat Centre is the largest Catholic retreat centre in the world. Over 10 million pilgrims from all over the world have attended retreats here since 1990. It is truly an achievement only possible through the grace of God! Divine Retreat Centre which started out as a preaching ministry has now evolved into a Home of Love in the providence of God.
No comments:

Baptism of the Lord


Many people do not understand the reason for Jesus’ baptism. Baptism is mainly for the remission of sins, especially the original sin.

Jesus was sinless, not even original sin. But He took all the sins of all people.

The baptism of Jesus tells us about the grace of God. Grace became manifest in Jesus as the loving Father, pronouncing His acceptance, empowered Him to begin His public ministry after His baptism and forty days of fasting.

Jesus was shown to be the true Servant of God who came to save us.
He came to free us from the slavery of Satan and vices. As Jesus walked this world, the Holy Spirit empowered Him to do good everywhere He went.
He came to convince us of God’s love for each one of us.

Baptized into His life and death, you can take on the character and even the heart of Jesus.
Hear the Father’s voice speaking of His love for you! You will fulfill the Father’s plan for your life. Father, help us to live according to the baptismal promises. Let us come closer to you through your grace.