What everyone must know about HELL

We know that Hell exists, because Jesus teaches us in the Bible 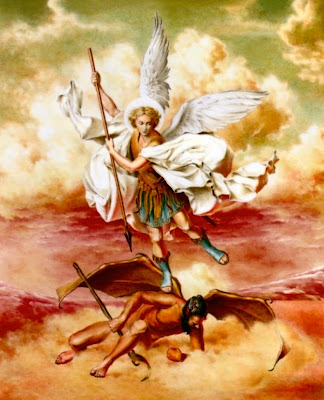 Catechism of the Catholic Church

1034 Jesus often speaks of "Gehenna" of "the unquenchable fire" reserved for those who to the end of their lives refuse to believe and be converted, where both soul and body can be lost.612 Jesus solemnly proclaims that he "will send his angels, and they will gather . . . all evil doers, and throw them into the furnace of fire,"613 and that he will pronounce the condemnation: "Depart from me, you cursed, into the eternal fire!"614
Teachings of Catholic Church on Hell


Catechism of the Catholic Church
1035 The teaching of the Church affirms the existence of hell and its eternity. Immediately after death the souls of those who die in a state of mortal sin descend into hell, where they suffer the punishments of hell, "eternal fire."615 The chief punishment of hell is eternal separation from God, in whom alone man can possess the life and happiness for which he was created and for which he longs.

For all details click this link from official site at Vatican


Save souls in Purgatory from their severe incomprehensible sufferings,
Pray daily to Jesus the Chaplet of Divine Mercy

Catholic Priest's personal Near Death Experience on Heaven, Hell and Purgatory as revealed by Jesus


Message of Fatima also warns us about Hell

At Fatima Our Lady said that God wished to establish in the world devotion to the Immaculate Heart of Mary. Our Lady said that many souls would be saved from Hell and the annihilation of nations averted if, in time, devotion to Her Immaculate Heart were established principally by these two means:
1) the Consecration of Russia to the Immaculate Heart of Mary by the Pope together with the world's bishops in a solemn public ceremony, and
(2) the practice or receiving Holy Communion (and other specific devotions of about 1/2 hour in duration) in reparation for the sins committed against the Blessed Virgin Mary, on the first Saturdays of five consecutive months--a practice known to Catholics as "the First Saturday" devotion.