Khrist Bhakta: tens of thousands of Hindus and Muslims fascinated by Christ 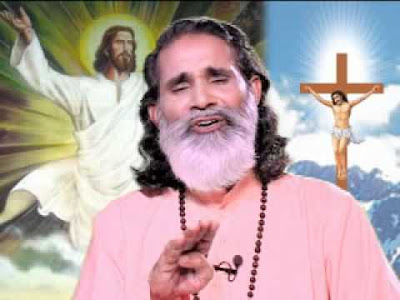 Fr Anil Dev says people are fascinated by the relationship to a personal and living God who loves them unconditionally.

Thousands of such seekers come to the ashram. On second Saturdays the number reaches more than 30,000. Many are healed; others give up vices like drinking, and others experience a deep transformation in their lives.


How was Khrist Bhakta born?
“The movement is the result of the Satsangs (prayer meetings) held at the Ashram in 1993-1994.
At present, at least 4,000 people come every Sunday to attend such meetings out of about 30,000 members of this devotional movement, more than the total number of Catholics in the diocese.
Most Khrist Bhakta members come from a reality of spiritual and social bondage; many suffer enslavement in a patriarchal society.
Ours is primarily a movement of spiritual liberation. Encountering the Gospel is a life-changing experience; it gives a new identity, a culture of prayer and brotherhood that transforms people and the society in which they live.” 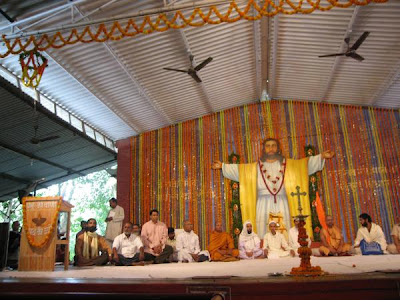 Yet these Jesus devotees stay with their faith. Why?
The Gospel is for everyone, not only for those who desire baptism, if these poor illiterate people, as well as educated people, come here to enrich their lives with the teachings of Jesus Christ. That in itself is evangelisation.
The Khrist Bhakta remains a movement for non-Christians and we are open to the Lord’s suggestions. For now, as Saint Paul put it, “Christ did not send me to baptise, but to preach the Gospel.”


What draws these “devotees”?
People find inspiration in the person of Jesus and his teachings. They are attracted to his suffering and his love for the poor. The experience of expressive praying, especially in community, which is not in the mainstream Hindu religious system, is a new experience that gives them a sense of freedom and contentment. Many of the Khrist Bhakta suffer social obstacles and often ostracism and here relate to a personal and living God. They experience the freedom of a relationship, free from fear, with a Father who unconditionally loves as opposed to deities who need to be propitiated. 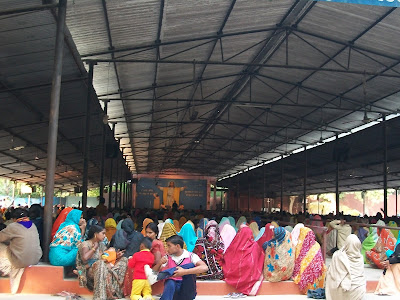 How can you be fascinated by the Gospel and not convert?
First, we must accept the movement is a work of the Holy Spirit; it was initiated, strengthened and led by the Holy Spirit alone. Secondly, in appreciation of the values of the Lord, devotees gradually achieve certain conformity with Jesus Christ and begin to live out his values. So far, few have asked to be baptised.

Have you ever been threatened or attacked by Hindu extremists for your work?
Why should they? We do not force anyone to come to us. All we do is freely communicate the teachings of Jesus. Some people come from neighbouring towns and villages, some walk great distances to attend out Satsangs, and they return home, transformed, their lives and burden lightened and continue to remain in their own culture. Why should anyone persecute us?


Hindus and Muslims pray to JESUS (with Mary) at Matridham Ashram, Varanasi, India 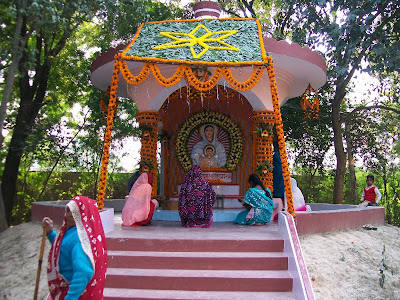 Testimonies of converts to Christianity

Nirmala Devi was born into a Hindu family but for the past seven years she has been a “Khrist Bhakta” (Christ devotee). The Word of God and love for the Lord inspire my life, the 50-year-old says.


Devi was among 15,000 people from various religions and castes who attended the annual convention of the “Khrist Bhakta” Movement at Varanasi, a Hindu temple town in the northern Uttar Pradesh state.

Like Devi, most participants are not baptized, and the mission helps them celebrate their faith in Christ. 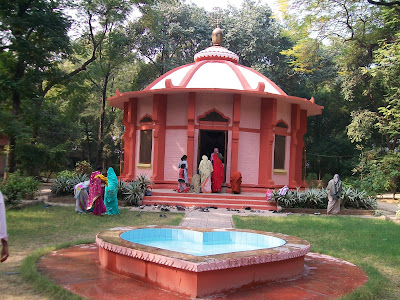 The Varanasi-based Indian Missionary Society, a Catholic Religious congregation, started the movement 13 years ago. The movement aims to help people, who may face ostracism from society and family if they were to be baptized, live out their Christian beliefs as fully as possible.

The movement has now spread to most of the northern Indian states.

According to Father Anil Dev, the movement’s founder, the movement does not register its members, but thy are growing not only in numbers but also in Christian maturity. He notes that many of them could face trouble from family members and their castes, including acts of violence, if they were to become Christians formally. 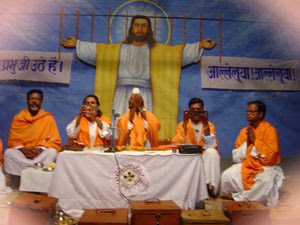 The priest said the movement has helped people move from “shallow superstitious” rituals to a “deeper faith” based on the Word of God. Devi says she looks to Christ during moments of trial. “He takes care of me and my family,” she said.

Another devotee, 23-year-old Binu Devi, concurs. “I have full faith in Jesus. He is with me through every difficulty.” 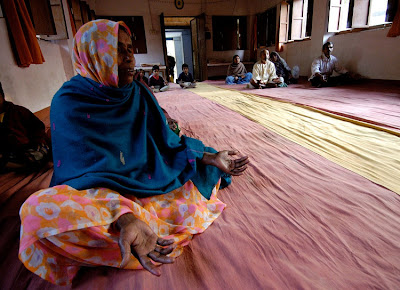 a hindu woman praying in front of the Blessed Sacrament at Matridham, Varanasi, India


The telecast can be seen on the following channels:

The Indian Church received the gift of faith from the Holy Apostle, St Thomas. He brought the Good News to the Indian shores, and was followed later by St Francis Xavier S.J, patron saint of Missions. Our modern society has seen the faith witnessed through the Blessed Mother Teresa. Such is the inheritance of our faith.

Youtube - Interview with Fr Anildev (IMS), a catholic priest working in North India, where more than 30,000 attend mass every second Saturday of the month.

My brother recommended I might like this blog. He was totally right.
This post truly made my day. You can not imagine simply
how much time I had spent for this information! Thanks!

I am Mrs. Mildred D'souza
From Mumbai.
Thank you.